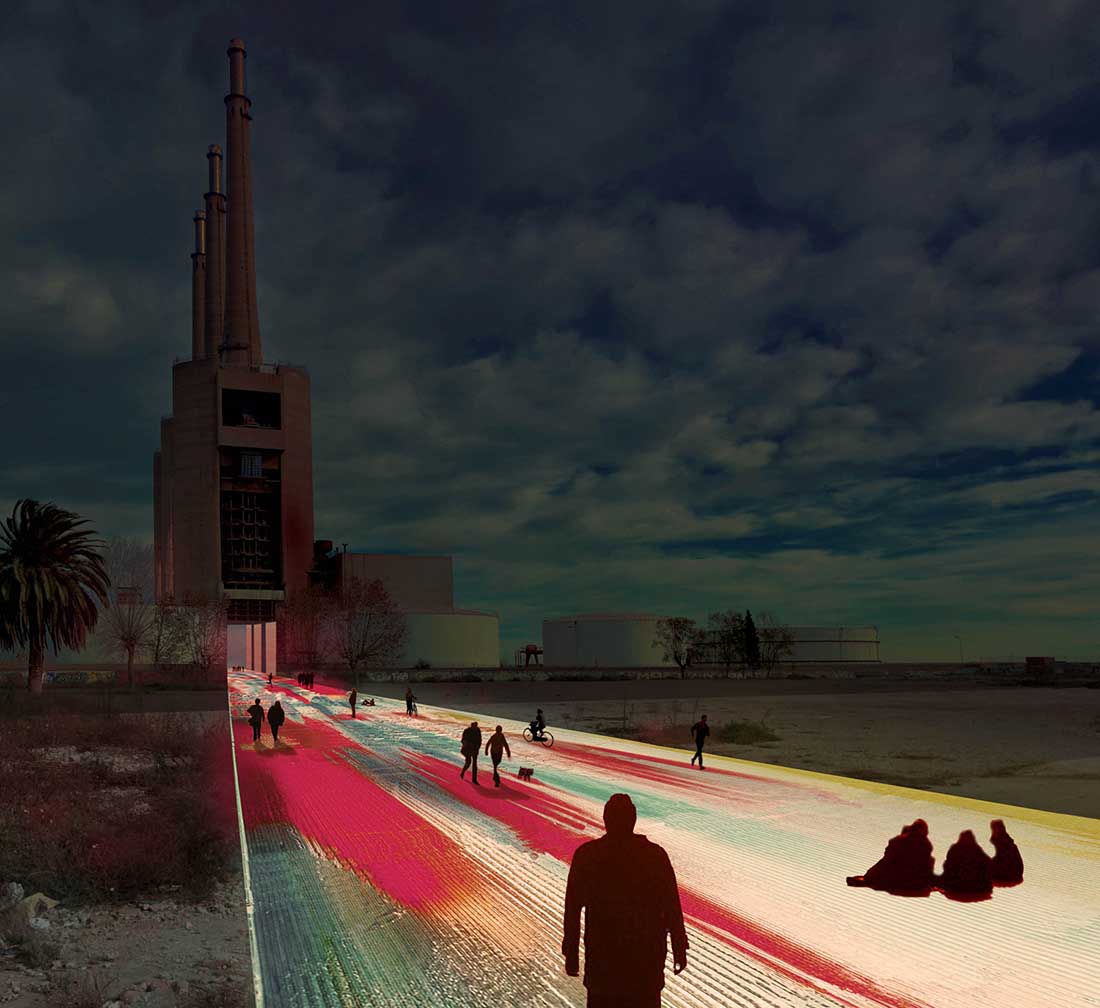 COFO architects has been nominated for the LAMP Lighting Awards 2017 in the category of urban and landscape lighting with the project ‘Back to the Future’. This proposal focuses on an interactive urban lighting system for an out-of-use power plant in Barcelona.

The power plant site and its surroundings currently form a downtrodden industrial area with no urban quality. The proposal establishes a grand metropolitan boulevard that works at the scale of the territory. It crosses beneath the monumental towers to connect city and neighbourhood with the sea, establishing a diagonal axis. Its strong identity ensures its functionality both in the current non-urbanised state and in a future urban scenario.

The metropolitan boulevard is paved with an interactive lighting technique. Reflections on the rough glass pavement depend on the physical stimuli registered by the extra-sensible membrane that are amplified via the bright graphane net. The interaction of people, atmosphere and ground becomes visible in this multi-layered ever-changing carpet. The ‘Back to the Future’ lighting proposal forms part of a bigger project: a strategic design to transform the power plant into an attractive, cultural and productive metropolitan hotspot. The project can be viewed here.