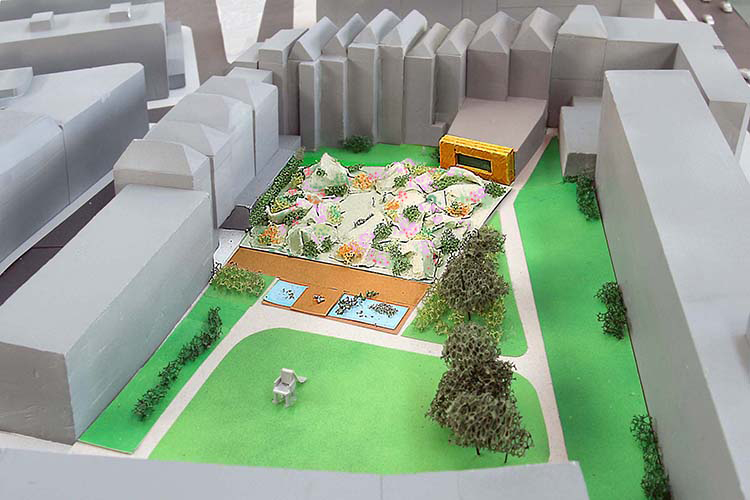 The plan to transform the interior of a housing block, currently occupied by a dilapidated warehouse, into a blossoming three-dimensional garden has just been publicly presented. COFO architects and art curator Piet de Jonge developed the ‘Rocky Garden’ proposal with the support and input of the local community. In this official presentation the project was shown to the municipality and other key stakeholders from the neighbourhood.

The garden aims to improve the social cohesion in a bleak neighbourhood. During the entire process there have been intensive design workshops with the residents. A participative plan has been developed to make a successful self-sustained initiative with more than eighty enthusiastic volunteers.

The next phase in the process will be to apply for the CityLab 010 and the Democratic Challenge programmes in order to support and finance the project.