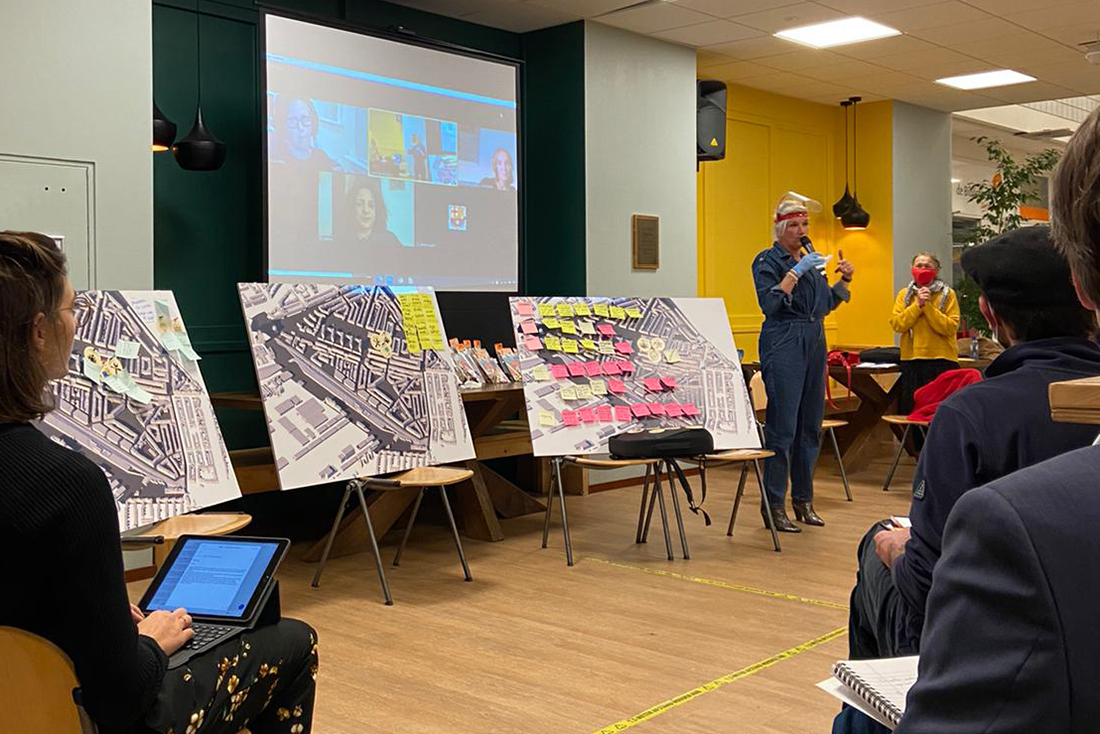 On 29th of October took place the first of four workshops regarding the development of Visserijplein in Bospolder-Tussendijken (Rotterdam). The workshop was an open discussion with neighbours and stakeholders on how Visserijplein can contribute to the neighbourhood's resilient future.

At COFO architects we firmly believe the following:

The transformation of Visserijplein represents a unique opportunity to strengthen the diverse community of Bospolder-Tussendijken (BoTu). Thanks to its central location, its large size, and its current and future public program, the new Visserijplein can have an enormous positive impact on the daily life of the neighbours.

At present the square hosts a market twice a week. However, the space remains underused the rest of the time. As the heart of BoTu, Visserijplein should never be an empty space. It should be an active public space for everyday life. A space that can host the market in an intelligent way, using its potential to strengthen social cohesion.

Among the new facilities to be built in the square, there should come an interior community space. This urban living room should be welcoming, multifunctional and provide space to develop local initiatives.

BoTu is already buzzing with social energy. Through the Visserijplein process, the neighbours can be empowered to become the makers of their own environment and to proudly celebrate BoTu’s multicultural identity.

COFO architects won the first prize at the EUROPAN15 competition for the Rotterdam - Visserijplein site. The project, named 'Rambla + Kapsalon', proposes a central urban avenue and a multifunctional hub to regenerate the heart of this vulnerable neighbourhood.

Learn more about the neighbourhood and the social activities taking place (in Dutch).