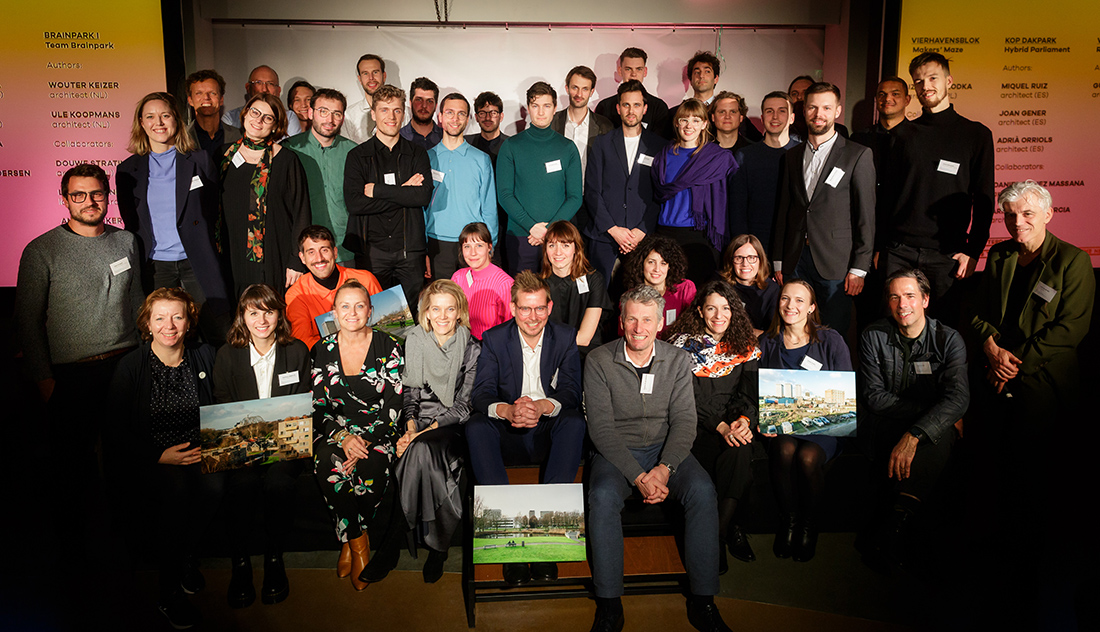 The official award ceremony for Europan15 Netherlands was celebrated this past Monday 9 March in De Kroon, Rotterdam. COFO architects received the award for Rambla + Kapsalon, the winning project for the Visserijplein site in Rotterdam.

During the award ceremony, the assignment for each site and the highlights of the winning entries were presented by Jacob van Rijs, chair of the jury and partner at MVRDV. The ceremony was followed by two days of intense programme organised by Rotterdam Architecture Institute (AIR) and Europan NL.

During the workshops on Tuesday, the participants zoomed in on the winning entries and explored what could be learned from them. The following day a masterclass by Tina Saaby - former city architect of Copenhagen and jury member - took place. This was followed by a visit to two Rotterdam based architecture offices: DROM and Studio for New Realities. The programme focused on making liveable cities and creating opportunities for young architects.