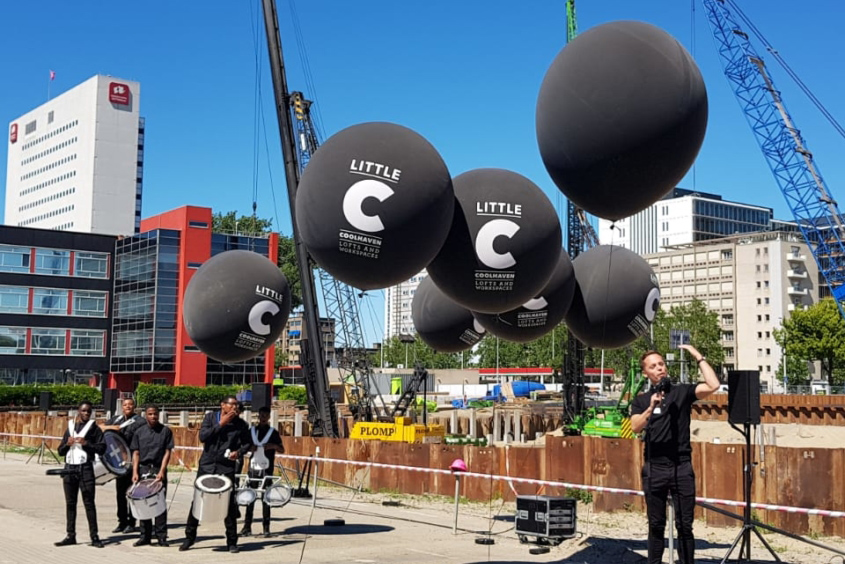 Construction of the new-build Little C project has started in Rotterdam. This new neighbourhood combines different functions in a high density development. Guillem Colomer (COFO architects) collaborated with CULD in this project as project architect.

The Coolhaven waterfront area is a potential urban stepping stone in the city of Rotterdam. A programmatic mix of housing, office, commercial and medical commercial spaces is planned to take place on this rare open space in the center area of Rotterdam. The proposed development of the urban campus is based on the systematic development of a fine grain of buildings with a small scale that relates logically to the human scale. To embed the site into the city existing pedestrian and cycling routes are incorporated, alignments of adjacent streets are respected. The programmatic and public space connections with the surrounding urban quarters will be optimised. The interface between public and private space will be made soft and gradual by way of porches, balconies and relief in architecture.